The Lies of Mainstream Media 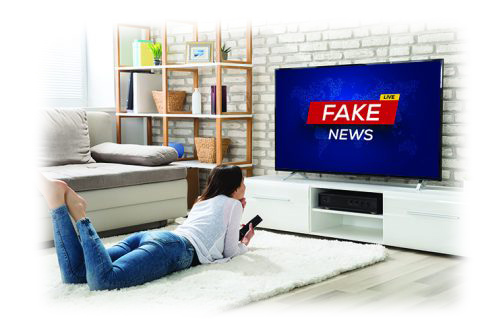 It’s a normal day in the life of a typical man or woman in any Western nation:

Wake up and, while getting ready for the day, watch a morning news program that—by the stories it covers, the sources it cites and the language it uses—promotes a leftist-progressive bias.

Throughout the day, keep an eye on social media, where memes and discussions polarize neighbors, distort conflicting views and breed bitterness and cynicism.

Back at home that evening, watch television programs that—if LGBTQ activists have their way—will within the next five years have 20% of series regular characters portrayed as gay or lesbian. Or skip TV altogether and play a video game that glamorizes violence and crime.

Over the weekend, take in a movie that portrays a completely secular world where immorality and profanity are seen as normal, even desirable.

No matter the medium, popular culture floods our consciousness, giving it nearly unmatched power to influence our thoughts and actions, and even our laws and public policy.

“Popular culture both reflects and moves our society,” writes progressive author Tracy Van Slyke in the Huffington Post. “It shapes beliefs and behavior. It is where people are already paying attention.” Van Slyke’s observation explains why popular culture is so influential. The issue, then, is this: Will popular culture be used for good or for evil?

Billy Graham understood the power of popular culture for spreading the Gospel. From the earliest days of his ministry, he incorporated music, with Cliff Barrows and George Beverly Shea becoming lifelong members of his team. His “Hour of Decision” radio program began in 1950, and before that decade was over, he was also proclaiming the Gospel through movies and television. In 1993, when the World Wide Web was just beginning to show signs that it might revolutionize modern life, Mr. Graham held a live chat on America Online. Today, BGEA continues to use music, video, radio, television, social media, evangelistic websites and more to spread the message of Christ.

But the predominant messages of popular culture are antithetical to Gospel truth. Messages such as:

And on it goes.

To read the rest of this article click here