Turn to God Before It’s Too Late

“I often wonder what kind of earthquake or war must be sent by God
to awaken a sleeping world to the imminence of coming judgment.
Even Christians are in a state of slumber, from which
many of them do not want to be aroused.” 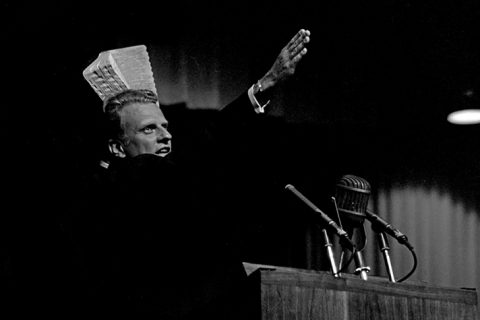 Our newspaper headlines and stories sound as though they have come straight from the Book of Revelation. Earthquakes, landslides, tidal waves and volcanic eruptions have dealt massive devastation in many parts of the world.

In Matthew 24, Christ warned that toward the end of history there would be a drastic increase in such convulsions in the earth. As He was coming near to His cross, He told the disciples many things that staggered them.

As He sat upon the Mount of Olives with these followers, their question was, “Tell us, when will these things be? And what will be the sign of Your coming, and of the end of the age?” (Matthew 24:3).

Jesus warned them that they could never know the day nor the hour when history would reach its climax. However, He did give them certain signs to look for. Among these signs were the increase of wars and rumors of wars, famine, pestilence and earthquakes.

I often wonder what kind of earthquake or war must be sent by God to awaken a sleeping world to the imminence of coming judgment. Even Christians are in a state of slumber, from which many of them do not want to be aroused.

A generation that has sought its own wisdom rather than the wisdom of God is beginning to taste the wine of wrath mentioned in Jeremiah 25. People and governments are beginning to reel as the prophet described centuries ago.

Throughout much of the world there is a defiance of authority, a revolt against law and order.

“I often wonder what kind of earthquake or war must be sent by God to awaken a sleeping world to the imminence of coming judgment. Even Christians are in a state of slumber, from which many of them do not want to be aroused.”

Jeremiah the prophet said, “For thus says the Lord God of Israel to me: ‘Take this wine cup of fury from My hand, and cause all the nations, to whom I send you, to drink it. And they will drink and stagger and go mad because of the sword that I will send among them.’ Then I took the cup from the Lord’s hand, and made all the nations drink” (Jeremiah 25:15-17).

Has the world been given this drink already? The accumulated evidence of a universal insanity, which manifests itself in a mad desire to revolt and kill, is vast.

In this era, when we have the highest literacy in history and when universities and colleges are crowded with students, the words of Jeremiah  come ringing in our ears once again, “Thus says the Lord: ‘Let not the wise man glory in his wisdom, let not the mighty man glory in his might, nor let the rich man glory in his riches; but let him who glories glory in this, that he understands and knows Me, that I am the Lord, exercising lovingkindness, judgment, and righteousness in the earth. For in these I delight,’ says the Lord” (Jeremiah 9:23-24).

With all our knowledge and wisdom, we seemingly cannot solve our problems. As we watch and listen to the debates in the United Nations, we want to shout, “The fear of the Lord is the beginning of wisdom” (Psalm 111:10).

I want to rush out into the streets and shout with Solomon of old, “Do not be wise in your own eyes; fear the Lord and depart from evil” (Proverbs 3:7). I want to remind people that “There is a way that seems right to a man, but its end is the way of death” (Proverbs 14:12). The troubles and problems of the human race stem     from the fact that it has followed the wisdom of the world rather than the wisdom of the Lord.

The Bible teaches there are two kinds of wisdom in the world. First, there is a wisdom which is God-given, a wisdom that, after the mind of Christ, views life in terms of eternity.

Of this wisdom, the Scripture says, “But the wisdom that is from above is first pure, then peaceable, gentle, willing to yield, full of mercy and good fruits, without partiality and without hypocrisy” (James 3:17).

This God-given wisdom is not brash, cynical or high-minded. Its roots are in Christ, and it is characterized by reverence, meekness and faith.

Godly wisdom pulls all the meaningless pieces of life together and makes them fit. This is what we call understanding.

But worldly wisdom is entirely different. It is cunning, clever, subtle and designing. It schemes, connives and is motivated by animal instincts.

The Bible warns about this kind of wisdom when it says, “In much [worldly] wisdom is much grief, and he who increases knowledge increases sorrow” (Ecclesiastes 1:18).

Isaiah the prophet wrote, “Woe to those who are wise in their own eyes” (Isaiah 5:21). Also, “For the wisdom of their wise men shall perish, and the understanding of their prudent men shall be hidden” (Isaiah 29:14).

Jeremiah had been given wisdom from God to understand the events of his day. He lived in the midst of a people who were intellectually wise, but their worldly wisdom had led them from one defeat to another until finally they were slaves in a foreign country.

The people laughed and sneered as the prophet wept and pleaded on some occasions and warned them with fire in his eyes on others. They called him a fanatic and refused to listen. They had forsaken the God of their fathers, and now they were paying the penalty for their folly. They were now slaves and servants of an enemy people.

What a picture of modern life! Wise in our own conceits, stumbling from one predicament to another, fumbling our opportunities, causing confusion in an already too confused world.

Modern men and women, bound with chains of their own forging, are caught in a trap of their own making—empty, vacuous, godless. And all the while impressed with a false sense of their own importance.

Through Jeremiah, God said, “My people are fools; they do not know me. They are senseless children; they have no understanding. They are skilled in doing evil; they know not how to do good” (Jeremiah 4:22, NIV).

Skilled in doing evil. Just think of modern life, with our vast array of scientific progress, our genius for organization, our mechanical skill, our unprecedented achievements. Yet with all this, we are slaves of passion, dupes of appetite—a picture of inner frustration and defeat.

“Just think of modern life, with our vast array of scientific progress, our genius for organization, our mechanical skill, our unprecedented achievements. Yet with all this, we are slaves of passion, dupes of appetite—a picture of inner frustration and defeat.”

The people of Jeremiah’s day had lost their sense of sin. So have we. We don’t even want to talk about it. There are evidences of this lost sense of sin in a thousand facets of our modern life. It is evident in the increase of profanity and obscenity. Our depraved speech is a direct reflection of our depraved lives. Our lost sense of sin is evidenced by our accent on pleasure.

The hue and cry of today is, “Let us eat, drink and be merry, for tomorrow we die.” We are becoming a nation of playboys and are debasing the wisdom God has given us upon the altars of appetite and desire. We are becoming skilled in doing evil.

Our lost sense of sin is evidenced by our unnatural emphasis upon sex. The sin of impurity does not appear ugly and venomous at first. It comes in the guise of beauty, symmetry and desirability. Satan clothes his goddess of lust as an angel of love, and her appearance has deceived the strongest of men.

God hates this unnatural emphasis on sex. It has caused nations to fall. It has over and over ruined the sanctity of the home. It has caused the spiritual downfall of thousands.

What is causing all this trouble in the world? The Scriptures teach that behind the world system in which we live is the supernatural power of Satan himself.

Jesus called Satan “the prince of this world” (John 12:31, NIV). The Bible teaches that he is “the god of this age” who has blinded the minds of those who do not believe, “lest the light of the gospel of the glory of Christ, who is the image of God, should shine on them” (2 Corinthians 4:4).

Thus, the world is faced with two kinds of wisdom: the natural wisdom that is implemented by the subtlety and cleverness of Satan, and the wisdom that comes directly from the Spirit of God, who is called the Spirit of Wisdom.

Our worldly wisdom has made us calloused and hard. Our wisdom, as the Scriptures say, descended not from above, but is earthly, sensual and devilish.

The Spirit of Wisdom would point everyone to the cross of Jesus Christ, where there is forgiveness of sin and the solution to the dilemmas and problems that face us corporately and individually.

However, the natural wisdom of this world, encouraged by Satan, is cynical about the cross. The Apostle Paul said, “For the message of the cross is foolishness to those who are perishing” (1 Corinthians 1:18).

Thus, God in His infinite wisdom has taken something that seems ridiculous and foolish to the natural person and used it to become His power unto salvation.

The people of Jeremiah’s day hardened their hearts and refused to repent of their sin. Thus, the desolation and judgment came. Jerusalem was destroyed as Jeremiah had predicted.

In Jeremiah’s words, I plead with you before it’s too late, “wash your heart from wickedness, that you may be saved. How long shall your evil thoughts lodge within you?” (Jeremiah 4:14). Let us return to the Lord and to our God, for He will have mercy upon us, and He will abundantly pardon (Cf. Isaiah 55:7).